Owls, Mushrooms, and Music…Oh, My! 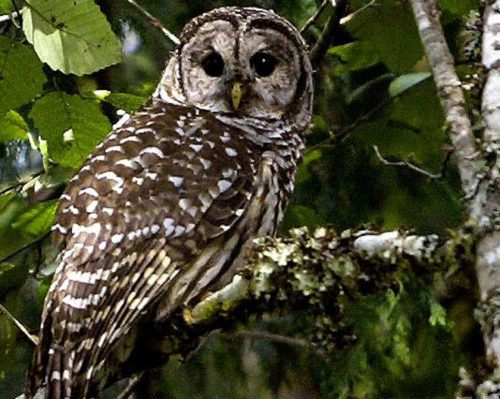 IN THE MIDST OF LOGAN’S NEW WORLD UP HERE ON THE OREGON COAST, I’m having a great time with background research for her ever-evolving story in Book 7.

I am continuing to learn about mushrooms, of course, that were introduced in the last book. So far, I’ve only braved collecting and eating two edible species: chanterelles and lobsters. Both were delicious! This lobster mushroom was my first and it was surprisingly crunchy and delicious, sliced and sauteed in butter and garlic. There is a large cauliflower mushroom growing on a log along the forest path behind my home, but so far, I’m just admiring it.

to verify that’s what it is for sure, and then find out what to do with it. Maybe in a soup? Anyone know?

I’m also learning more about the different types of owls that inhabit the coastal forest against which Logan & Ben’s new house is snugged. So far, I’ve seen a huge owl—with no ear tufts—perched high in the thin, bare branches of a winter alder. Very impressive. I think it was a great grey owl. Never seen one so huge.

Much more common are the barred owls. We have one here. They are apparently pushy creatures who are muscling into the spotted owls’ territory. Mixed opinions about these guys…not sure what Logan’s opinion will be 🙂

With each new book, I begin with researching something that interests me and so far, every time I immerse myself in a topic, storylines suggested themselves. It’s so much fun when that happens!

And while each book allows the reader to experience something new, Logan’s personal life gets woven into the plot in each story. She continues to change and grow over the series. Logan is never static or two-dimensional. Will she marry Ben? What future awaits her daughter, Amy, and her young family, including Ian, her grandson? And what about her professional life? What’s going to happen to Fractals, the Music/Math program she developed for the school district in California? Where will she live? CA or OR? Will Bella get pushed back into the back of her closet again as her life becomes fuller and busier or will she dive into her creative soul to compose and perhaps perform again? What about Lola? Logan’s ’57 Corvette convertible wouldn’t get much of a chance to cruise the highway top down on the rainy Oregon coast.

So many ways Logan’s life could go…