Find out about giveaways, be among the first to read new books ... 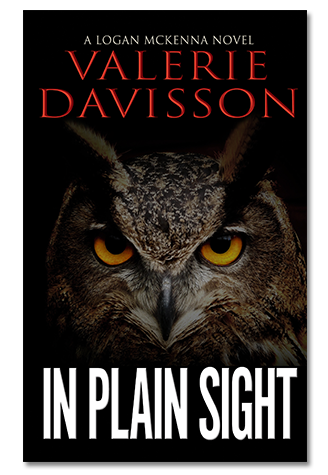 The Cascades Raptor Center is filled with natural killers. One of them is human.

Logan McKenna is enjoying her new life, including marrying her long-time love, Ben, playing her cherished violin, Bella, and taking long, morning runs on the magnificent Oregon coast. Fascinated by the abundance of owls, eagles, hawks, and ospreys she encounters, Logan volunteers at a wildlife rescue center, where she becomes immersed in the world of raptors and those who fight for these fierce, wild creatures.

But when Logan finds a coworker dead on the floor in an animal treatment room, the peaceful forest becomes a scene of tragedy—and maybe murder. There are no signs of a violent struggle, but the office next door has been vandalized and the cause of death remains unclear. Even the official autopsy finds no evidence of homicide, but Logan thinks things just don’t add up.

When the police investigation stalls, Logan takes matters into her own hands. With the help of two local friends, she sets out to uncover the killer, but the deeper she digs, the more the killer’s attention turns chillingly toward Logan.

Racing against time, Logan must use all her skills and strength to find the truth before she becomes prey and is silenced forever.

In Plain Sight is an immersive mystery and a satisfying, multi-layered story about friendship and trusting your instincts, even if—especially if—you’re not sure where they will lead.

Reviews for IN PLAIN SIGHT

“Logan McKenna is back in style in a twisty, suspenseful mystery. The Pacific Northwest is once again a character when one of Logan’s friends from an Oregon raptor rescue operation turns up dead and Logan is right in the thick of the facts. Another fun, entertaining story from Valerie Davisson.”

“I love reading  Ms Davisson’s books, because I find myself an observer in the story as if I were living it with Logan, a woman I’d enjoy as a friend.”