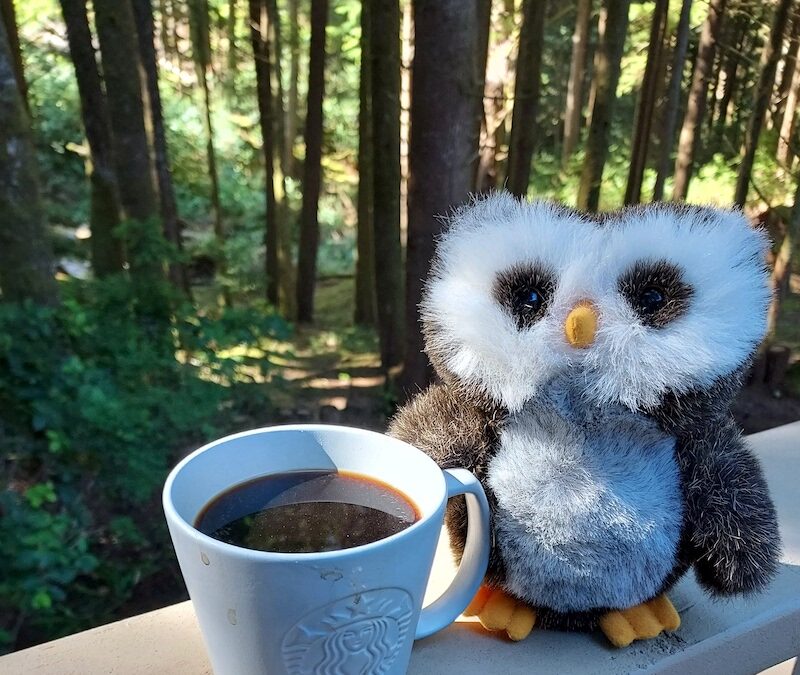 A FEW DAYS AGO I RECEIVED A SURPRISE package in the mail. With a hand written return address, I knew it was from an actual human, so I ripped it open and there he was, staring up at me with those big, chocolate eyes. I promptly named him Rupert. Turns out he was from Jan, a Logan fan from Colorado who was inspired by the cover of In Plain Sight. Thank You, Jan!

As you can see, Rupert has been making himself at home since his arrival. Here he’s enjoying his morning coffee on the back deck. I have to make an extra pot now, because he’s a guzzles as much as I do, which is saying something.

Watch for more Rupert adventures in the future. . .