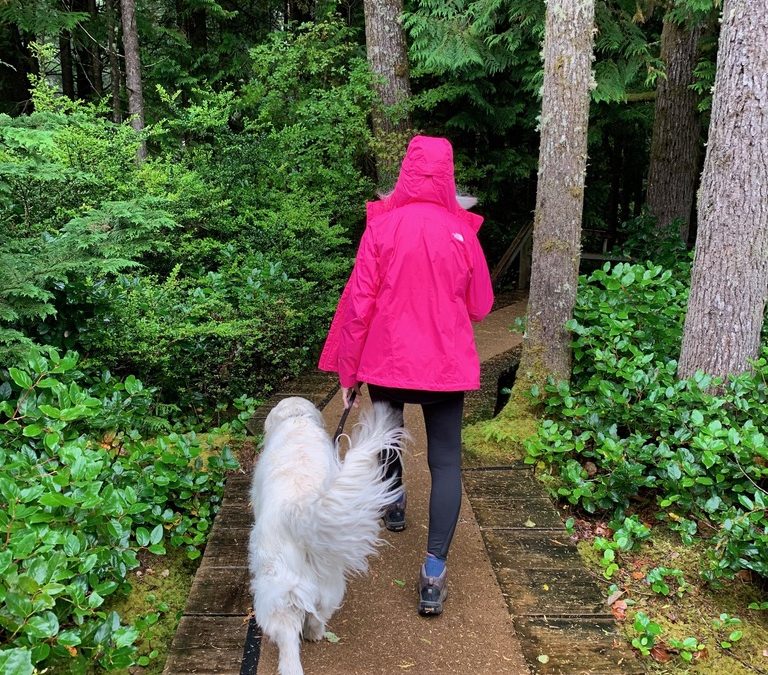 I DIDN’T PLAN IT THIS WAY, but moving to the Oregon coast meant moving Logan with me. As I explored my new neighborhood, which includes miles of paths through an old growth forest and a walking path along a rocky ocean cliff, new story lines and characters emerged as fast as the mushrooms each fall after a good rain.

I had originally intended on keeping the series down in Southern California, in Logan’s fictional home town of Jasper, but quickly realized I need to be physically in place when writing a scene. Even though I am very familiar with the sights and sounds of SoCal, the sights and sounds of the Pacific Northwest forest, ocean and beaches was much more immediate and essential. I have to immerse myself in a place. I need to touch, hear, see, smell, and feel my character’s environment in order to write a scene. And Oregon is full of fascinating new life. Well, new to me, anyway.

Right now, Logan still straddles both worlds, but more and more of the action is taking place near and around the central Oregon fishing towns of Depoe Bay and Newport, OR. For those of you who love stopping off at Tava’e’s for a giant cinnamon roll, great coffee, and maybe a game of chess with the chess queen herself, not to worry. Tava’e, Iona, and friends will pop up in future books and Jasper will always be home to Logan. And as of Book 6, her daughter, Amy and her little family still live there.

As readers know, I love research and in each book I explore one or two new areas of interest in more depth than I probably need for the story. But I can’t stop myself!

In SAFE HARBOR: Book 5, I dug into the local fishing community and developed a deep appreciation for the risks and inherent dangers taken in this life.  LIES THAT BIND: Book 6, I had a great time learning about mushrooms and local history—a discovery of an old still nearby set me off learning about 1930’s rum running in the area.

The research usually suggests story lines and I have a great time following those threads to see where they go. Without the help of experts who generously give their time to answer my many questions, none of these books would be possible.

SNEAK PEEK! I’m already exploring for Book 7…I’m thinking more mushrooms…owls…whale watching? Who knows what might be featured this time as Logan continues to grow and change in this next book.